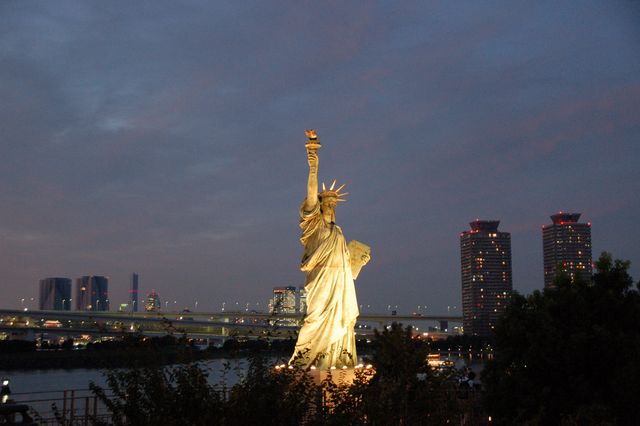 The Statue of Liberty is a colossal neoclassical sculpture on Liberty Island in New York Harbor in New York City, in the United States.


The statue was administered by the United States Lighthouse Board until 1901 and then by the Department of War; since 1933 it has been maintained by the National Park Service. The statue was closed for renovation for much of 1938. In the early 1980s, it was found to have deteriorated to such an extent that a major restoration was required. While the statue was closed from 1984 to 1986, the torch and a large part of the internal structure were replaced. After the September 11 attacks in 2001, it was closed for reasons of safety and security; the pedestal reopened in 2004 and the statue in 2009, with limits on the number of visitors allowed to ascend to the crown. The statue, including the pedestal and base, was closed for a year until October 28, 2012, so that a secondary staircase and other safety features could be installed; Liberty Island remained open. However, one day after the reopening, Liberty Island closed due to the effects of Hurricane Sandy in New York.