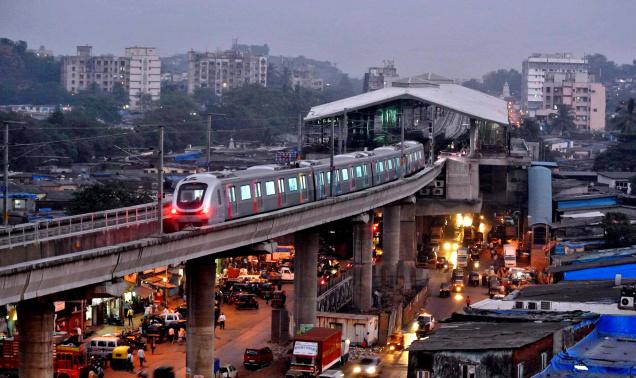 What has metro city done to us? Even a tiny kid who can’t even babble has lost his innocence. If that kid is not spared by metro mentality then how we youths and teenagers could escape the charm and lust of metro city?

Everyday tens and hundreds of trains & buses from rural villages bring people to metro. While packing their bag to metro, all of them have big dream and a pinch of compassion, humanity, love & innocence in them. The entire dream and journey to metro city is like “bugs being attracted by light”. We all know what happens after that. Same thing happens to these compassionate people from village when they come and mingle with the crowd of metro cities. They lose the battle and get submissive towards the lust and charm of metro.


Well, who am I to judge anybody or complain? I too am a migratory bird like you – Yes, you the one reading this article but the difference between you and me is; I have not lost humanity, love & compassion yet but metro took my innocence thou. I too am fish of the same pond like you are.

Highly unlikely you are still reading this ‘coz this article doesn’t have any mirch masala or anything that would make you scream with joy or anger. I know you are pissed reading this ‘coz someone is making a background plot to preach. By Now you must be calling me pseudo saint that I don’t care because I have not yet lost compassion, love and humanity in me like you did to this metro city.

Just an example of how inhuman, how heartless we have been. Last evening, I was traveling by super packed metro to work. Lucky me I got seat and was listening to ACDC (that too full volume.. Now that’s fun). At next station a very old age couple of around 80 years who even couldn’t stand got into metro and suddenly everyone sitting went to sleep at the same time because they knew they had to give seat to those old couple. Gosh, is that what we are taught? Are we that heartless? Before I came to Delhi, I heard that “Dilli Dill Walo Ki” but what I have realized is “Dilli Paise Walo ki”. I somehow secured seat for both of them and carried their bag. I did that ‘coz I felt it was my duty towards humanity and my love for human. Fortunately they were scheduled to get down at same metro station as I was. I was electrified with happiness; I was getting chance to serve them because they reminded me of my very own parents.

Chaos doesn’t end here – Entire escalator was jam packed because all of us are super busy or we have no habits of using stairs or we don’t see around or we don’t give crap about anyone else. Old uncle in wobbly voice said “beta hum iss sidhiyo sey chale jayenge aap jao”. I couldn’t leave them there in such state. So slowly I helped them to get out of metro station through stairs. They were huffing and puffing and struggling very hard even with my help. Even in this state we insensitive youth do our best to be inhuman – A group of 3 boys came who were talking loud to each other, probably were lost in their own effervescent, fizzy, gassy, bubbly modern world dashed me which almost made old uncle and aunty fall down. Luckily uncle was holding the bars and I was holding aunty very firm… I yelled at them and they yelled back to me even without looking back “Taxi kar le ta baal ki dukan”. That’s how insensitive we have been. WAKE UP!! OPEN YOUR EYES!! SEE AROUND YOU – learn some compassion, love, humanity which SIDDHARTH GAUTAM BUDDHA tried to teach us.