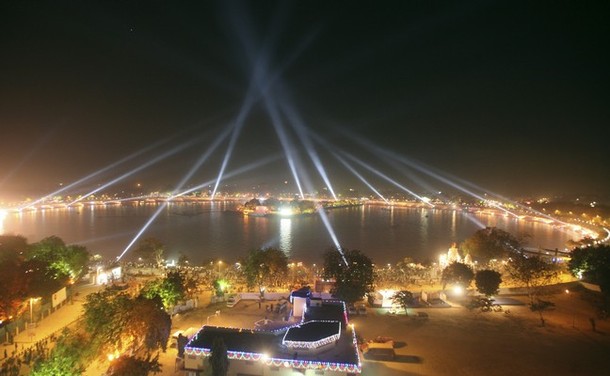 Kankaria Lake is the biggest lake in Ahmedabad in the state of Gujarat, India. It is located in the southern part of the city, in the Maninagar area.


A lakefront has been developed around it, which has many public attractions such as a zoo, toy train, kids city, tethered balloon ride, water rides, water park, food stalls, and entertainment facilities. The lakefront was revamped in 2008. Kankaria Carnival is a week-long festival held here in the last week of December. Many cultural, art, and social activities are organised during the carnival.

Kankaria Lake was built by Sultan Qutbuddin in the 15th century. The work was completed in 1451 CE and was known as “Qutb Hauz” or “Hauz-i-Qutb”.