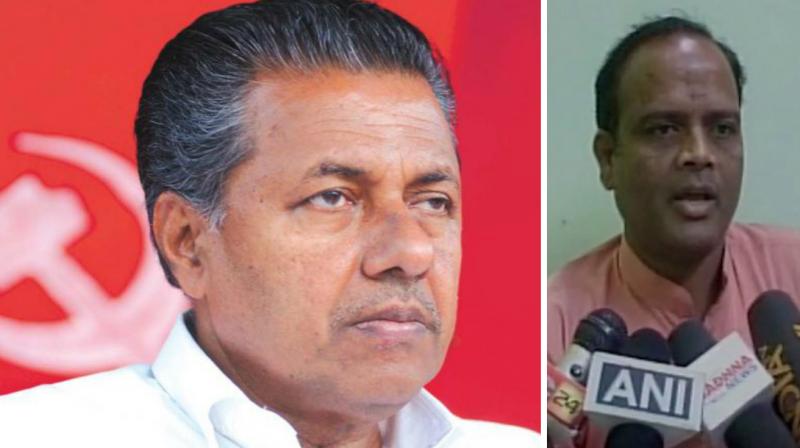 NEW DELHI: A Rashtriya Swayamsevak Sangh (RSS) locale leader from Ujjain, Madhya Pradesh, given an open danger to Kerala Chief Minister Pinarayi Vijayan, declared that he will remunerate the individual whoever kill the Kerala’s CM with Rs 1 crore, ANI announced.


“On the off chance that anybody executes Pinarayi, who is the killer of RSS activists, and brings his head I will pass on my property worth more than Rs 1 crore to him,” Ujjain Sah Prachar Pramukh Kundan Chandrawat said while tending to a get-together at Shahid Park in Ujjain.

He additionally said that more than 300 RSS specialists have been executed as far back as the Communist government came to control in Kerala.

Communists be cautioned, we will offer a wreath of three lakh heads to Mother India,” he said.

The RSS leader additionally bragged around 2002 Godhra and the uproars that followed in Gujarat.
“They slaughtered 56 Karsevaks, we sent 2,000 to the memorial park,” Chandrawat said.

Chandrawat’s over the top comment was made a day after the RSS, BJP and other conservative associations held shows against the CPI(M) drove LDF government in Kerala, considering it in charge of the killing some of their gathering specialists.

Meanwhile, Kerala Chief Minister Pinarayi Vijayan has said that conservative associations, including the RSS, had been attempting to separate the nation “they have embraced the hierarchical structure of Mussolini and the philosophy of Hitler”.