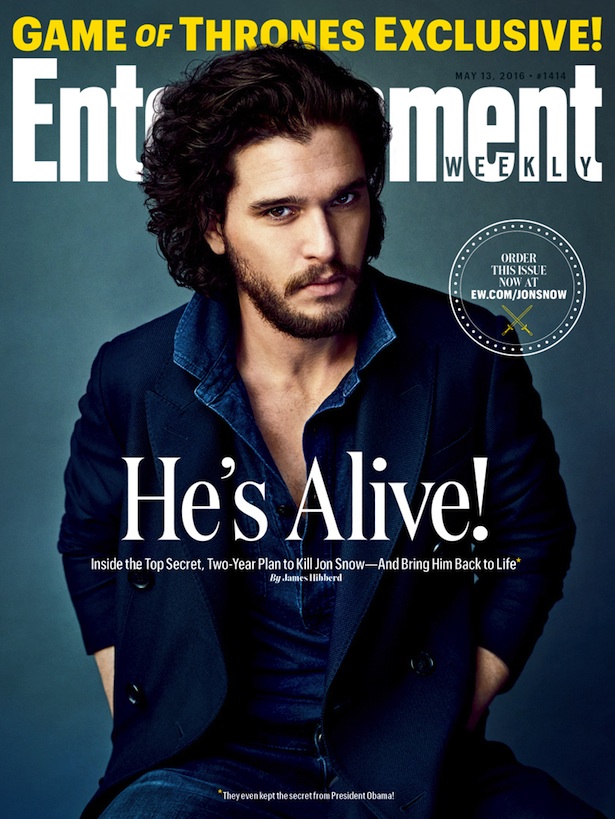 Harington who plays Jon Snow on the HBO show “Games of thrones”, recorded a video with Entertainment Weekly and sat for an interview with the magazine to talk about his character.

Harington talked about last night’s episode, and how he was asked by the show’s producers to keep up the lie and essentially perform off screen ever since Jon Snow was killed onscreen. The full article has yet to be released, but the exclusive was in the works long before last night’s stunning final scene, as the cover with Harington.


Harington,said he is sorry for having been forced to lie to people for the last 10 months, did express relief that people even cared in the first place that Jon Snow died, rather than just shrugging their shoulders and moving on.