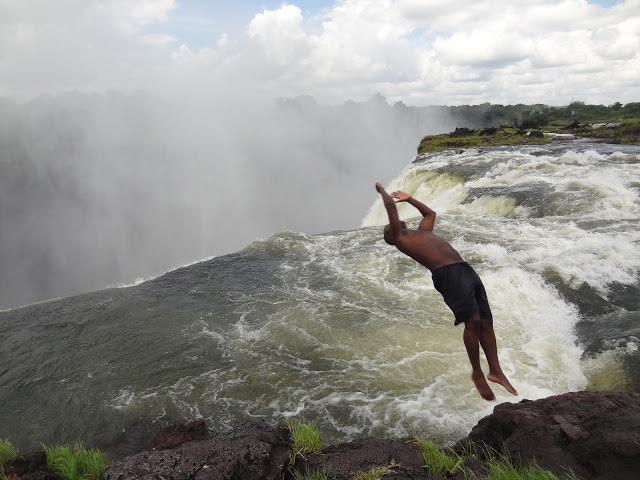 Victoria Falls, is a waterfall in southern Africa on the Zambezi River at the border of Zambia and Zimbabwe.

David Livingstone, the Scottish missionary and explorer, is believed to have been the first European to view Victoria Falls on 16 November 1855 from what is now known as Livingstone Island, one of two land masses in the middle of the river, immediately upstream from the falls on the Zambian side.


Livingstone named his discovery in honour of Queen Victoria, but the indigenous name, Mosi-oa-Tunya—”the smoke that thunders”—continues in common usage as well. The nearby national park in Zambia is named Mosi-oa-Tunya, whereas the national park and town on the Zimbabwean shore are both named Victoria Falls. The World Heritage List officially recognizes both names.