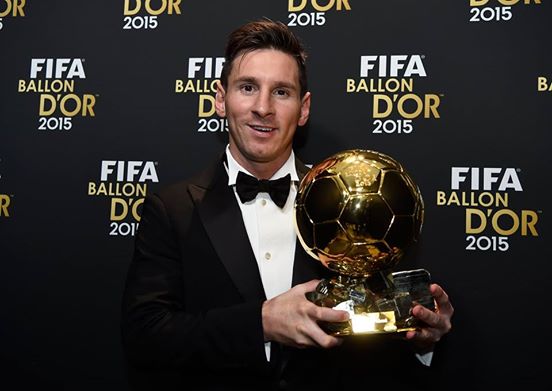 Lionel Messi has won the FIFA Ballon D’Or 2015 award for the world’s best player for the fifth time.