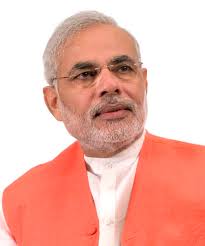 Ever since Narendra Modi is affirmed as the Prime Minister, Indians are witnessing a new wave of digitalization in India. Our Prime minister who wants to turn India into ‘Digital India’ under his presidency, has already introduced several changes to the government’s way of functioning and is often seen leveraging the power of technology for empowering the youth and connecting with Indians.

Mr.Modi’s Mann ki baat sessions and social media updates are the poof that Mr. Modi jump a step ahead when he launched a mobile app ‘Narendra Modi’. The app, which was launched in June this year, helped Indians connect with their ‘social-media’ savvy PM instantly. While we don’t really know how many queries has been answered via this platform, what we know for sure is that several people did download this app and it has almost 500,000 downloads on Android alone.

Prime minister seeks to connect with 125 cr Indians through this app. Congress spokesperson Tom Vaddakan said, “We are happy that launched an app in which he has said you can send your resentment directly to him. He is a very busy person. The PM has to travel. He was excellent in connection with people when he was not the Prime Minister. He used to talk to people and communicate.”

What we want to know is: Who would respond if we would write to the PM by using his app? Will we get a response from his office or would he reply all queries that he would receive via his app himself?